Change in the Church is coming 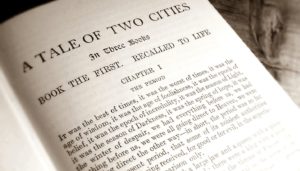 This is the famous and sublime opening sentence of Charles Dickens’ A Tale of Two Cities, a story about the French Revolution as experienced in Paris and London. But it could just as easily form the opening to any number of discussions, including this one. If someone asked you today for your opinion on the current state of the church in the UK, you’d be hard pressed to find a better summary. Truth be told, you might think Dickens’ sentiments a little on the optimistic side.

And believe me, if you look at the statistics and the hysterical headlines they generate, this feels like the worst of times. For example, according to the most recent figures published in UK Church Statistics, UK Church membership declined from 10.6 million in 1930 to 5.5 Million in 2010, dropping to 5.4 million in 2013. It is predicted that church membership in England will fall as low as 2.53 million (4.3% of the population) by 2025. And lest we imagine that England is less godly than the rest of the UK, the rate of decline is even more rapid in Scotland and Wales.

At this early stage in the article, you might be forgiven for expelling a sigh of despair or worse. But to paraphrase Dickens, there’s more to this story than meets the eye. For buried in these statistics are several fascinating narratives. Thus we find that Pentecostal and new churches are witnessing strong growth. For example, in 1980, membership of these new churches (often church plants connected to new networks) totalled 75,000, whereas by 2015 they numbered 166,000. Less dramatic increases in numbers have also been experienced by Pentecostal and Orthodox churches.

Another angle
However, this issue can easily end up in the long grass of statistics, ignored by most apart from denominational bosses and special interest groups. So let’s look at it from another point of view. The perspective of influence. Writing in The Guardian, Nick Spencer, director of Theos (a religion think tank), sees two parallel trajectories at work in the churches of the UK. On the one hand, there is a trend of numerical decline which means that the church of the future will be smaller, in some cases much smaller.

But, there is another track seeing unparalleled influence. Churches running CAP (Christians Against Poverty) centres, food banks, Street Pastors, lunch clubs for the elderly, parent and toddler groups, mental health support services and youth work, are just a few examples. You could also add the vital role churches are playing in supporting refugees, asylum seekers, and campaigning against human trafficking.

At one time, these activities would have been seen as peripheral to other more spiritual pursuits. But not any longer according to Spencer.

What is especially noteworthy about many of these activities is that they are not seen as ‘bolt-ons’, extras that some churches do when they’re not spending their time singing and clapping on a Sunday morning. Rather, many of these activities are done as part of worship, ways of simultaneously loving God and loving thy neighbour – not being forced to choose between the two of them.

Spencer goes on to say that whereas society once doffed its collective cap to religious and political grandees, the same no longer pertains in modern liberal society. These days, the right to be heard needs something else

Public legitimacy in the 21st century could well be grounded in a body’s active, tangible and measurable contribution to the wider public good. Not ‘believe me because I am who I am’, but ‘believe me because I do what I do’. The licence to be heard over the coming years will be grounded in the ability to point to the public good that legitimises a voice and a viewpoint.

In other words, if there is a numbers game then the rules have changed. It’s not about the number of bums on seats on a Sunday morning but the souls consoled, fed and helped last week. To quote a tweet I came across recently:

Change is inevitable
If Spencer, and others like him, are correct, then structural change is unavoidable. Buildings that are used for a few hours, once a week, will have to be mothballed. And where do clergy fit in to all this? Speaking as a paid up member of the clerical caste, I have a vested interest in all this, but the question needs addressing.

If the church of the future is tilting firmly towards mission, outreach and community engagement, then it will need a suitably trained leadership able to navigate a new map. In the slightly adapted sentiments of Star Trek’s Captain Kirk: It’s church Jim, but not as we know it.

And the future is already breaking in across the UK. In the sedate Diocese of Winchester, St Winfrid’s Church in Totton is transforming itself into a community hub, beyond a place of worship. It’s becoming a one-stop-shop for local people, providing free debt advice, counselling, child care, friendship and a range of therapies. In particular, the new hub will seek to create community for people who feel isolated and alone.

Meanwhile in Islington, London, an Anglican parish church is planting a new congregation in a Costa coffee shop. The Nag’s Head Church Community has been set up under the leadership of newly ordained Rev Sarah McDonald. Speaking in the Islington Gazette, Rev. McDonald said:

‘You don’t have to believe in anything,’ she added, ‘and you certainly don’t have to know the Bible. It’s the kind of church I wish I had when I was 20.’

‘We have a young team and it wouldn’t surprise me if we attract young people. I want it to be something my friends would come to. We have a chat, see how people are doing – as people in London don’t do that enough.’

‘Then we read some spiritual writing from the Bible and discuss how it relates to our 21st century lives.’

And the Church of Scotland is going online to find new parishioners. Rev. Albert Bogle has become the denomination’s first digital minister. Speaking of his new role, Rev. Bogle said:

‘This role is about getting online worshippers to attend church and also to support those who have no intention to go on a Sunday.

‘There is a growing Christian audience online who seek quality content to nurture their faith.

‘My role is about helping to provide an online community for those who have left the buildings and committee structures far behind but not the Church.’

Just three examples of the way church life is beginning to change in the UK. And these aren’t new, independent, church plants. All three belong to two of the UK’s most established denominations, namely the Church of England and Church of Scotland. And there are similar examples across the nation, hundreds of them, of churches defining themselves in looser and more socially connected ways.

If you build it, they will come is no longer a mantra you’ll hear among many Christians in the UK. Those days, if they ever existed, are buried in the same vault as final salary pensions, pipe organs and the Latin Mass. The Church of the future will be smaller, leaner and less concerned about its own viewing figures and more concerned about its reach.

Future church will still sing and feed on the Bible, but it will seek to serve Jesus in the faces of the poor and isolated.

It will do all of these things.

SIGN UP TODAY FOR A
1-YEAR FREE SUBSCRIPTION
TO THE PLAIN TRUTH MAGAZINE. 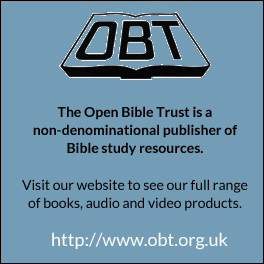 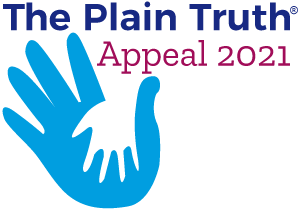 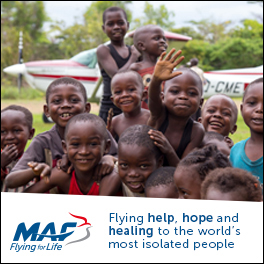